The way you maximize your profits on Airbnb is by following a proven formula. It's not the same as traditional long-term rent. A lot of the guest are travelling from overseas. With that said there are 5 top locations that generate the most profits on Airbnb. 1. Near Hotels 2. Hospitals 3. Conventions and Seminars 4. Near Airports 5. Tourist Attractions and Events 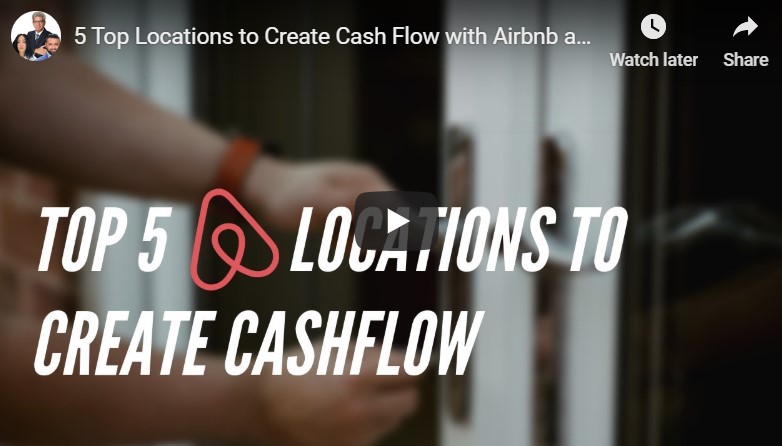 Today we're going to talk to you about the five top locations to invest your money when you're trying to create cashflow using Airbnb as your source.

The number one location that we found, what would be the most profitable is just go around where there's a lot of hotels, right? Hotels have done a lot of research, they spend a lot of money doing this research. Why are we meant to be wherever there's a lot of hotels, there's a reason why they're there. Most likely a few find a suitable investments that you can target and whether you purchase them or rent them and put them on Airbnb, most likely you're going to get most of your nights booked and get higher price just because there's demand in that area. So that's one of them.

And the second one is where there's hospitals. The reason that hospitals is so popular is because, you know, we have, you know, we have really major hot, we have the Sick Kids Hospital, we have people coming from around the world to actually go to sick kids. We have Sunnybrook. Again, a lot of, a lot of people from around the world go to Sunnybrook hospital even if they're not from around the world, they could just be living really, really far and need to have to be around loved ones, their family and friends who are staying at the hospital. They need a place to stay. Around hospitals has been one of the better locations to have an Airbnb. That's one of them. Hospitals are really big one twin and it's going to start like if you're accommodated that way, it would, you would most likely get more nightspot and more dollar per night. No, when you're in the hospital area, what kind of caliber of people and what they need. You need to make sure that your Airbnb is filled with the necessities that these types of people or these types of guests would require.

And that goes into our third top locations would be around conventions, conferences, seminars. We attend a lot of doors and they're usually, we always attend hotels. But if, you know, like there was, there were a suitable Airbnbs, then that would definitely be a good option. And if it was like if you had super high speed wifi by maybe some office space and things like that, that that would probably be a good option for you to invest your money in and create cashflow with Airbnb.

What about the fourth? The fourth one is around airports. You know, typically people, and I think for this type of Airbnb, you want to be able to have the option of booking one night because sometimes people have a layovers, or you know, they want to spend the last night before they go back home. In an Airbnb that's close to the airport you have a lot of visitors coming for, and actually the convention center is very close. One of the conventions that is very close to the airport. If they're coming in for a seminar or conference, then you know, it kinda helps them out being able to stay close to the airport. So you wanna make sure, again for people who are traveling who are in and out very quickly, we need to, you may want to offer, you know, a shuttle or a service to the airport to get them to and from the airport. Right.

And the fifth one, and I think this one would probably in some cases have all of them in it is basically tourist areas, tourist attractions, landmarks, landmarks. Basically, like a downtown Toronto would be a good example because there's a lot of tourists, there's a lot of stink, a lot of events happening, a lot of concerts. So you're going to have people traveling from other parts of Toronto or other parts of Ontario, Canada and the world just to attend these events. And the, we have some big ones in Toronto, so that would be the fifth location. If you guys enjoy these videos and you want to watch more, make sure you subscribe to our channel and turn on the notification and make sure you share it with people you think would benefit and would like to create cash flow using Airbnb.